Two signed FREE that’s right folks FREE copies will be given away on Goodreads So head on over and join the fun!

And stop by Facebook and say Hi sometime would ya? 🙂

Lol okay so the title may be cheesy but Twitter is fast becoming my new thing.  After despising Twitter for years I have finally begun to have fun with it.

Now if I could memorize all those super useful hashtags I’d be golden!

Alas I nearly can’t juggle my load as it is… my four year old, house work, writing the second novel in The Genesis Project Series, finding ways to convince reviewers to review the first book Prophecy of the Seven, laundry and dishes (the bane of my existence), the Hubbs, blah blah blah….

Ummmm life in general lol. We all have our pots full of stew some of us have more veggies than meat or more meat than veggies….or some philosophical saying like that.

The point is don’t stop -enter 85 ‘ s rock music…you know the one I’m talking about don’t you 😉 – writting, keep making an effort and putting your best foot forward and in this day and age and with Facebook literally taking away our free marketing platform, Twitter is where it’s at!
Next I will figure out Goodreads for something other than listing books I’ve read and ones I’m going to read.

Check it out fellow authors you may want to check into this! #amazoncart

Follow the link to Broken Bird Media for the interview and Book Review of The Genesis Project Prophecy of the Seven.

So I received the paperback version of my book today! I am beyond happy about this. This feels so unreal to have my work in my hands…to see it in print…I have no words to express how this makes me feel. Okay so I have a lot of words I’m a writer lol
I just want to encourage you IF you are a hopeful like me please know it can be done. Do not be discouraged by all these people telling you you need thousands of dollars to be an indie Author (Self-Published) yes you get what you pay for but there are some editors and cover designers who will work with you and what you have in order to help you get where you need. I have met such people who have helped me. If you’d like this information send me a message on my FACEBOOK 🙂 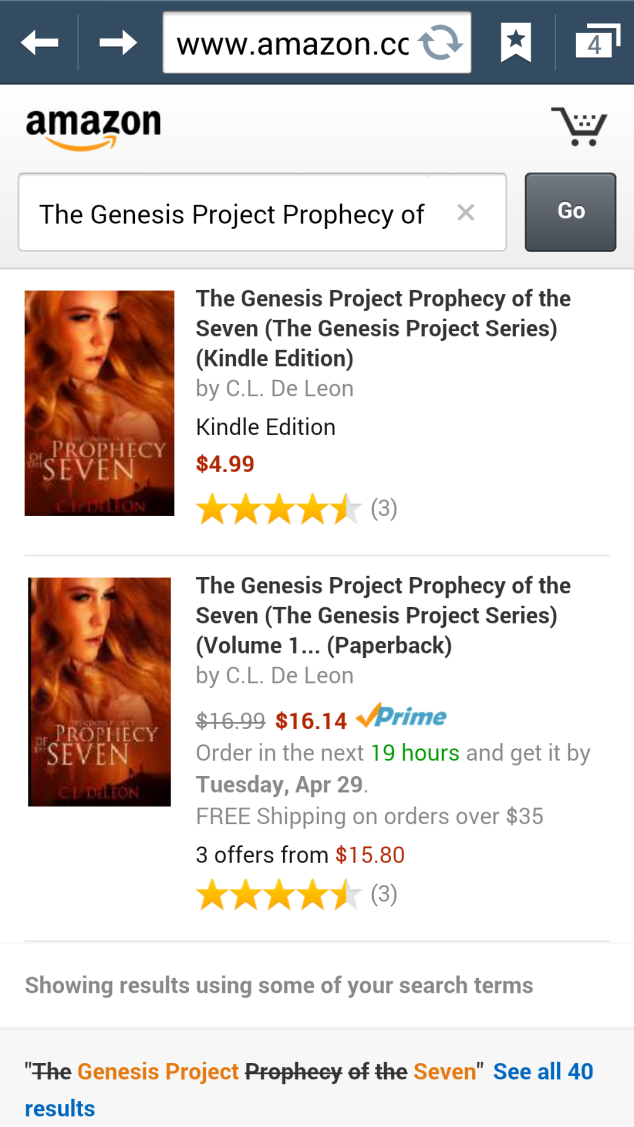 Beyond excited about this all. 🙂

The Genesis Project Prophecy of the Seven is now a paperback as well as an ebook!

Click the link below to check out the awesome review I had with Renee.  🙂

We are now LIVE! Get your ebook today! 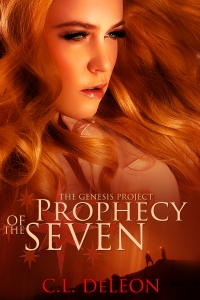 Just wanted to keep you informed!  🙂

Where every review is Brilliant.

No matter your mood, there’s a great book to suit it.

because anything is possible with Charisma

Because Quality isn't just a name. It's a standard.

BOOK WRITING AND STUMBLING THROUGH SELF-PUBLISHING

Author of Paranormal and Urban Fantasy

Smile! You’re at the best WordPress.com site ever

Welcome to yAdult Review, a space where two girls review novels from across the genres, from YA and MG, to fantasy and sci-fi, to historical fiction and mystery, with a sprinkling of non-fiction too. We hope you enjoy your stay here as much as we enjoy ours.

Self publishing advice from writing to marketing and everything in-between.

Self-Publishing News for Self Publishing Authors
Amanda A. Allen

by Anita B. Carroll

The World of Marcia Young

The Verian Series and Beyond

Get your poison, love.